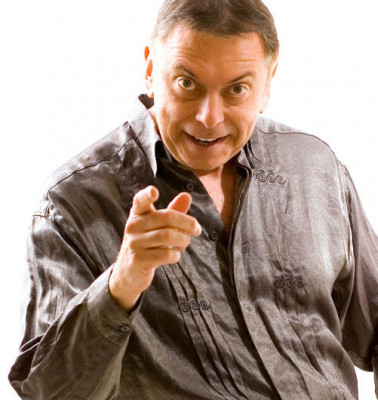 "The Kevin Oakes Company" was founded by Kevin Oakes in 2009.
After a long absence from professional theatre, Kevin has made a worldwide name for himself in Fashion, Show, Marketing and Events as director, producer, and choreographer, and now feels that it is time to return to the roots…to his great love Theatre and entertainment.

Kevin studied at the Frankfurt State Drama Academy (Hochschule für Musik und Darstellender Kunst) in Germany, guestng as an actor with the Frankfurt State Theatre, the Heidelberg State Theatre, The Bad Hersfeld Festival. After leaving his baby, "The English Theatre" in Frankfurt, he found "Fragile Theatre" in London, where his "Healing Theatre" Form was to tour Europe, Israel (theatre workshops for Israelis and Palestinians), even to the famous anti-apartheid theatre "The Space" in Cape Town, in "Bent" by Martin Sherman, "The Marionettes of Cachiporra" by Garcia Lorca, "Raw Knees", "Odds and Ends" and "Too Wilde for Words" by Kevin Oakes. A personal tragedy caused him to leave professional theatre and only work with university students ("Chain-court Theatre" Frankfurt), Business Theater and musicals.

Too Wild For The Words

He is back with "The Kevin Oakes Company" and has gathered a small group of highly talented professionals such as, Jochen Nötzelmann from Germany (director/actor) Benjamin Spieler from Vancouver, Canada (actor) Lea Dunbar from Cape Town, South Africa (actress/production management) Sascha Dürfeldt from Germany, and Klaus Laskus from Germany ( visual design) Heinz-Design from Germany (Graphic design) and pixel-dusche.de from Germany (Web design/programming)

"The Kevin Oakes Company" plans to tour with our new production of "Too Wilde for Words" by Kevin Oakes, directed by Jochen Nötzelmann in english through Europe and the World. We are preparing a production of "Hello and Goodbye" by Athol Fugard, and a one woman performance by Lea Dunbar to be premiered in 2011.
Kevin Oakes and Jochen Nötzelmann teach acting to talented students and have excellent contact to Cathy Haase (Actors Studio, New York), who is considering doing a production with the company in the near future.

This vital and innovative young theatre company could e on its way to you!! We are looking for theatre contacts worldwide, wiling to travel and excite our future audiences.